The first official meeting of the Rochester TOOOL chapter happened this last Thursday. Jason Ross, the organizer of the group, you may have met at 2600 meetings, BSidesROC, seen present at BlackHat, or whatever infosec you’ve been to in the area. He’s been working with TOOOL.us to get a chapter started locally which makes Rochester a part of a small group of TOOOL chapters in the US. 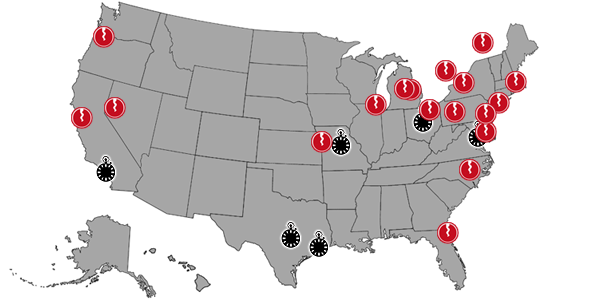 The Open Organization Of Lockpickers is organized in the U.S. By Deviant Olam and Babak Javadi but the group started in the Netherlands. If you’ve ever been to a hacker con, you’ve probably seen a lockpick village and it was probably done by one of the guys from TOOOL if not Deviant or Babak themselves. The group has the main goal of spreading public knowledge about lockpicking, loch mechanism, and physical security in general.

I think a cool side affect of this group that’s equally important, is erasing the fear that’s associated with lock picking. 99% of the common folk (non-infosec) people that I tell I’m interested in lock picking or let them know about TOOOL, first give me this sly look like I’ve just disclosed an illegal secret to them. Others are afraid of buying lock picks because the government might put them on the Owns-A-Lockpick-Set List. I think this fear wears off after you’ve been around people that have been doing this for a lot longer than you, and you understand the legal issues.

What does a chapter do? Why is there one in Rochester? Exactly. Well in general, the way that the group sounds like it’s going to be organized is that there will be actual members as opposed to open gatherings. If you want to know where the next meeting is going to be, you should become a TOOOL member and get involved with the group. I’m not sure, but most likely what will happen at the meetings is first of all, you’ll meet like minded folk and spread knowledge about lock picking of course, but I think you can plan on there being a presentation or two on a regular basis. This last meeting, Chaim Sanders presented on the basics of lock picking; the same presentation that he gave with us when we went down to NYC to run the TOOOL lock picking booth at Maker Fair. Other than that, you’ll be able to use the picks, locks, and whatever other tools the local chapter owns which is building up quickly.

Here’s another way to put it, here’s a list of reasons you might want to get involved:

Besides the group helping other group members, I’d like to see the organization reach out to the local community. Maybe one example would be to run a lock picking table in a local festival. Teach the public about the security of locks. Selling lock pick sets isn’t out of the question either and that would help pay for things like new hardware or new tools. I’m also hoping that the members can be available to travel to other cities and put on their own lock picking demos. We did this in NYC during Maker Fair and it was a blast. I’d love to get the opportunity to do it again and with more people.

Go check out the website as it’s being setup. It just came online today so don’t judge it too hard. 🙂